Cades Cove is a short drive into Smoky Mountains National Park from Pure Water Farm.  It is the most popular destination in the park. Settled first by the Cherokee, as early as 1740 traders from Europe were using the trails thought the cove. The Cades Cove Historical District is on the National Register of Historic Places.  The original settlements have been preserved for your enjoyment.

A great way to experience the beauty of Cades Cove is to rent a bicycle and spend the day seeing the old settlement via the 11 mile loop.  Bikes are ideal on Saturdays and Wednesdays when the main loop is closed to motorized traffic.

There are no wedding venues in Cades Cove, however Pure Water Farm will transport you back to the same era as the structures were built with the same construction techniques.

Contact us now to schedule a tour for your special day.

The US National Park Service provides two live webcams from notable vistas in Great Smoky Mountains National Park.  Please click on each one to see the live view.

Located at high elevation on the eastern end on the park, the Purchase Knob webcam offers views to the northeast. 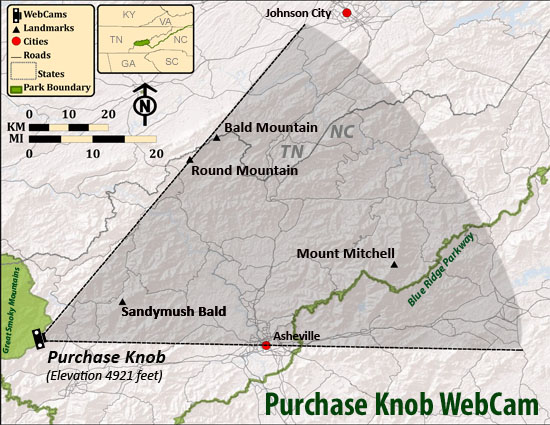 Located on the western edge of the park at mid elevation, this webcam offers views of Mount Le Conte, Clingmans Dome and Cades Cove.

Pure Water Farm is located just out of view on the left edge of the image below.

Imagine your Smoky Mountain wedding in this natural setting.  Contact us today to schedule your tour. 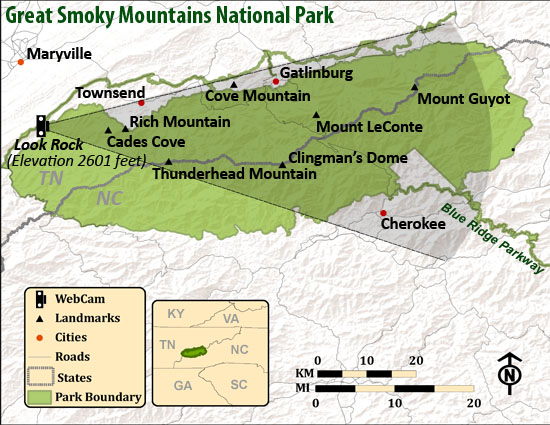 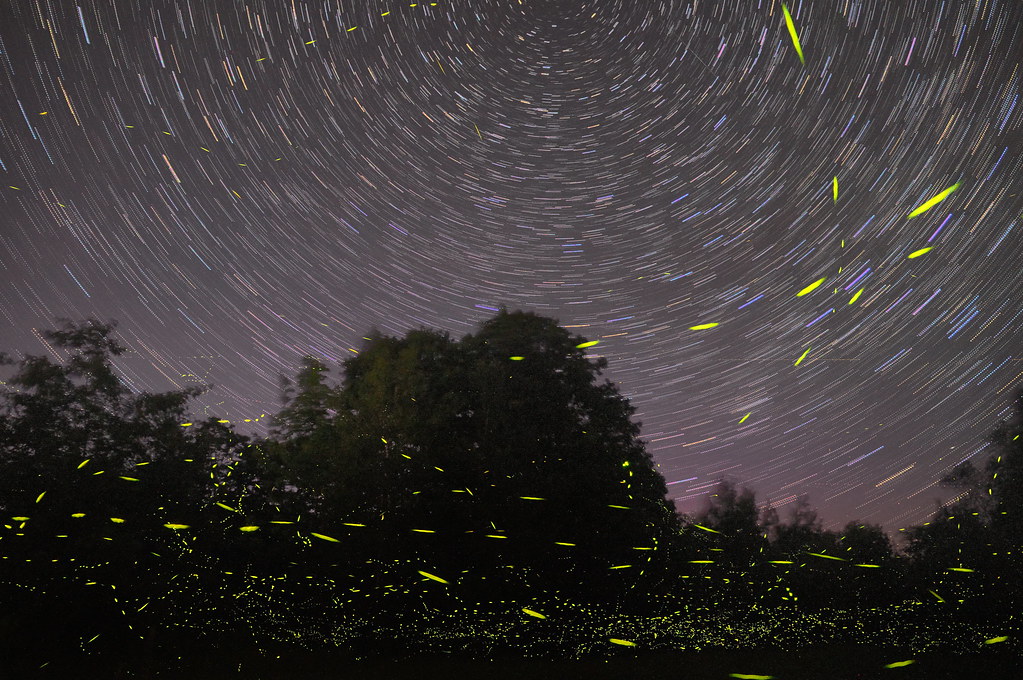